The many benefits of bilingualism (and multilingualism)

There is a Czech proverb I love which means: ‘You live a new life for every new language you speak. If you only know one language, you live only once’. 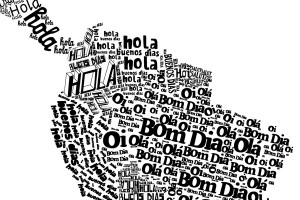 In much of the world, bilingualism and even multilingualism is the norm. The 2012 Eurobarometer report revealed that 98% of Europeans considered bilingualism to be important, and on average, 54% of Europeans are able to hold a conversation in a language other than their mother tongue. But in primarily English speaking countries fewer parents are raising their children to be bilingual. The fact that English is so widely spoken around the world is one of the main reasons for this, giving those of us with English as our mother tongue less of an incentive to learn another language to fluency. But bilingualism and multilingualism have numerous cognitive, cultural, and professional benefits for you and your children.

The benefits of bilingualism include:

Bialystock does note that for the positive effects of bilingualism to be in effect, one must use both languages constantly, and not simply dusting off German or French learnt at school once every 3 or 4 years or so while on holiday. Bilingualism is exercise for the brain, and brain needs constant training to retain these fitness benefits.

Are you bilingual? Are you raising your children to be bilingual? Let me know or send me an email, I’d love to hear about your experiences.

2 Responses to “The many benefits of bilingualism (and multilingualism)”