Parental leave in Sweden: A tale of gender equality 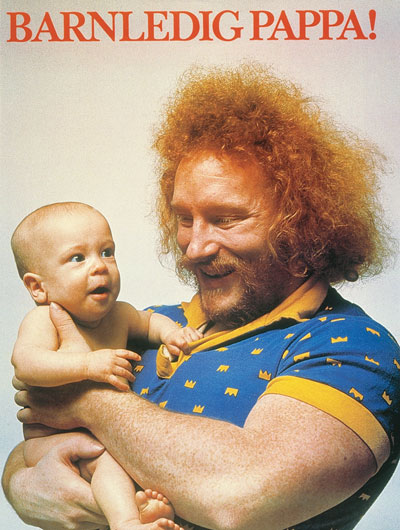 About a year ago I was going for a walk with my friend and while waiting for the lights to turn green at the crossing she turned to say hello to a little baby ahead of us. The man with the baby smiled at us, and hearing we were speaking English said ‘I’m not a gay nanny by the way!’ My friend looked a little shocked, but I could only laugh knowing exactly what he was referring to. Apparently a tourist visiting Sweden had publicly pondered why there were so many gay nannies here, resulting in much amusement by the Swedes because these men were not gay nannies but of course the fathers.

Compared with the rest of the world you’ve probably heard that Scandinavia is the holy grail of places in which to have children: Finland has baby boxes packed full of goodies and one of the best school systems in the world, Norway has paid parental leave at 100% pay for 46 weeks, and in Sweden you’re just as likely to come across fathers on parental leave as mothers.

In 1995 Sweden introduced a reform to give each parent one month of paid paternity leave that only they could use. By 2002 this had increased to two months each, and there have been subsequent calls for this to be increased to 3 months as in Iceland. Women do still take more time off for children than men do, but these reforms have had a clear impact on the amount of leave fathers take.

Something must be working because I’ve seen more fathers pushing their children in prams here than I’ve seen anywhere else in the world and it’s only been here in Sweden that I’ve seen groups of fathers out together for coffee with their babies.

This gender equality is a huge selling point for highly skilled migrants choosing to relocate to Sweden where work-life balance is of huge importance. I’ve lost count of the number of times I’ve had people tell me that parental leave played an important role in their decision to work for a company in Sweden, especially when one half of the couple is Swedish. The leave for both parents also means that international and cross-cultural couples are able to return to their home country/countries for a month or two and spend much needed time with their families. I know when we have children we will take part of the leave to return to Australia for a few months.

Part of the reason this works so well here is that there isn’t the same peer pressure as in many other countries to work long hours, companies are generally understanding when parents take time off, and if the father doesn’t take his two months of paid leave before the child is eight, the time and money are lost. But it’s important to note that the fathers I’ve spoken to have all willingly chosen to take the leave. They want time to bond with their children and the system in Sweden allows them to do so.

One Response to “Parental leave in Sweden: A tale of gender equality”