Finding friends in a new country is one of the most important things on the road to feeling at home, but similarly, it can be one of the most difficult things to do. Here are a few tips to make it a little easier: 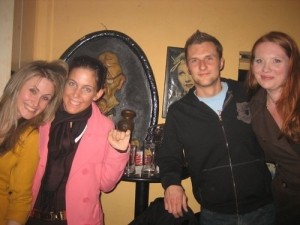 1. Ask friends (post on Facebook, send an email, ask around) if they know someone (who knows someone) who lives in your new city. Get them to introduce you, most of the time they are happy to catch up, and will probably invite you to meet a few of their friends too.

2. Join online groups (that meet in person): In the age of the internet, this is one of the easiest and most effective ways to meet new people.

– Meetup has a bunch of expat groups for many cities around the world. In Stockholm try Stockholm Expats as well as other random groups, for example Stockholm International Parents Group, photography, language exchange, people interested in entrepreneurship, and so on.

– In the UK and especially in London, The Gumtree is a very useful website, not only to find apartments, but also to meet people. I once made a couple of lovely friends after posting to find people who would like to go to the ballet as none of my other friends were interested.

– Facebook – search for international groups in your city, in Stockholm there is a ‘fika’ (Swedish for having a coffee, a cake/bun and chatting with a friend) lovers group which regularly organises to catch up, a pub crawl group, and plenty of others.

– Google search for groups: Throughout Australian cities and also in Dublin and London, there is a ‘Newcomers Network’ group that meets once a month at a hotel in the city for drinks and is a great way to meet both Australians and internationals who are new to the city. They also run seminars on how to find work and so on (although you need to pay for these).

– Expat forums: Sign up, interact with people, go along to their events. Popular ones include Germany in general, Vienna, Sweden, for Brits in Australia, also try the forums in your country section on Expat-Blog.

– Internations – A group that serves to link globally minded people together. The forums are a bit dead, but I have never seen such packed expat events – In Stockholm they average over 200 people. You have to pay to attend the events, and an hour or two after they start they tend to be so busy you can’t really hear anyone or move, but get there on time and you will meet some really nice people from around the world.

– Couchsurfing – a website where people from around the world can stay for free on your couch. But they also have city groups with regular meet ups and you can also contact individual members you have something in common with and suggest meeting up for coffee.

3. Language class – everyone in your language class will be from somewhere else, get to know your class mates and organise to meet up for dinner or drinks. This also includes language exchanges/tandem – meeting with a native speaker of the language you want to learn and helping each other for free.

4. Work or volunteering – work is a great way to meet people, if you are not working then try volunteering at a local NGO – many are happy for you to help even while you are learning the local language. Work in social industries such as hospitality will up your chances of making new friends quickly, and are especially good jobs if you are only staying for a short time.

5. Your local embassy – some embassy organise events you can go along to, or they list local groups you can join in your new country.

6. Strike up conversations with strangers – this can sound a little scary or creepy, but in some situations it is a good way to meet new friends. Once I met a friend at an internet cafe in London, as we were both working on our CVs and started chatting, after that we started meeting for coffee. This might also be helpful with friendly neighbours and so on, or even in a bar, or the gig of a band you like, places where it is more socially acceptable to chat to strangers.

7. Sports, Clubs, Classes – Join a local group playing a sport you are interested in, like football, running groups, long distance ice skating, etc. If sports are not your thing, join the local choir, attend a class at one of the evening schools to learn a skill or language, join a dinner club where you have a group of 4 or 5 people and you take turns cooking dinner for each other – if there is not one in your town go on Meetup and create one.

The key is to be social, even when you can’t be bothered (which can be often when you are tired from work and settling in to your new surroundings), go to lots of events, chat to a wide range of people, if they ask you to catch up again, go, invite people you have met in random places to dinner together and have them bring a couple of friends along. It can be tiring to begin with, but after a few months you will be sure to have met a couple of people you click with.

Most of my suggestions are helpful to meet other internationals, so meeting local friends, something that can be elusive to many foreigners, will be addressed in another post soon.

Do you have any more tips on how to make friends in a new country?

Adventures at Drottningholm Palace in Sweden

A couple of weekends ago Geoff and I decided to visit UNESCO listed Drottningholm Palace, the permanent residents of the Swedish royal family, located just outside of Stockholm. 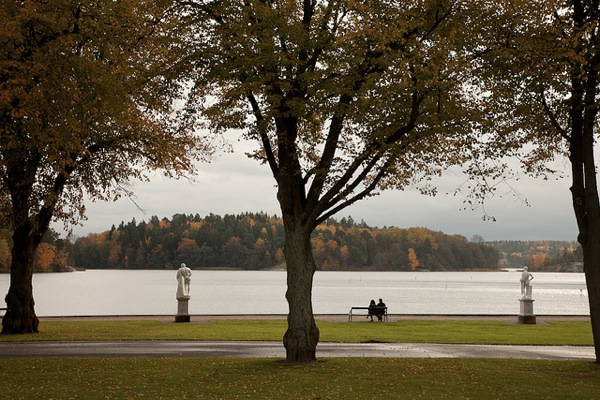 The Palace is pretty from the outside, and the gardens are even nicer – beautiful lakes and parks. A great place for a day trip from Stockholm, and in summer, the perfect location for a picnic overlooking the water.

I would not recommend paying to go inside however. It is a bit of a pity really, the rooms themselves are fairly nice, but it looks like random pieces of furniture (mostly covered with dust covers) have been strewn across the rooms without any thought or design, and some of the rooms are empty of anything at all. Compared to Schönbrunn in Austria for example -where each room is beautifully designed and decorated, making you almost believe you have stepped into the old Hapsburn Empire, and at any moment Sissy might stroll into the room- the rooms open to the public at Drottningholm Palace are a real disappointment.

But just ignore the inside of the palace, and enjoy the beautiful gardens surrounding it. 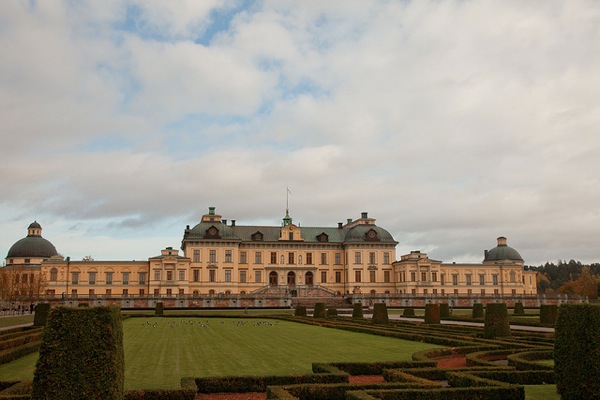 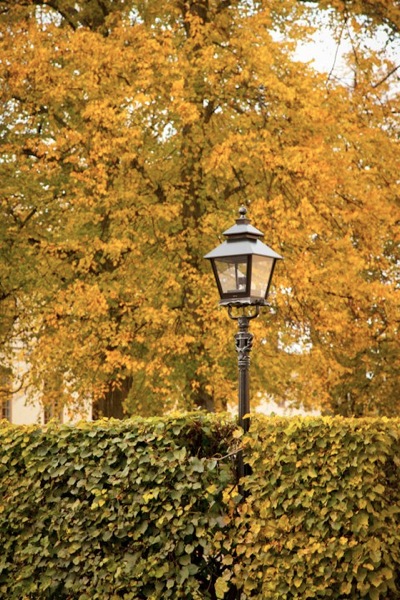 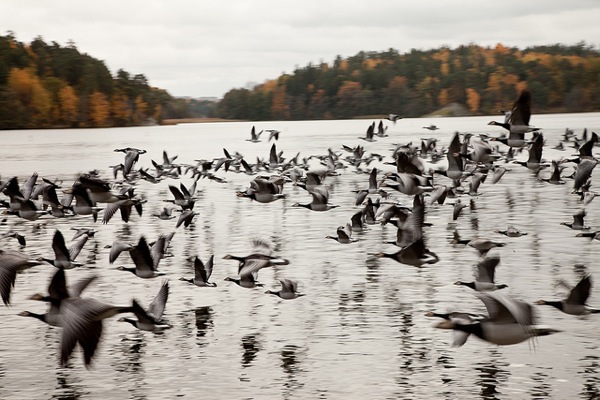 Drottningholm Palace was a nice adventure for the day, but I would not really recommend it if you are just visiting Stockholm for a couple of days. There are many more lovely places to visit – such as the archipelago for example, and the city itself.

To get there from Stockholm take the T-Bana to Brommaplan and then swap to busses 301-323.

Last week I made a huge step forward in Swedish – I spent time with a friend, just in Swedish.I was not sure if this day would ever come. When I lived in Austria, I studied German, but I was always too shy to chat in German to anyone but people working in shops or cafes. Even my best friend, an Austria, has still never had a conversation with me in German.

So when I met my friend this week, and she asked ‘English or Swedish?’, I replied ‘Swedish’, mostly because we both studied Swedish together a couple of months ago at the Folkuniversitetet and it seemed only fair as it was a second language we both shared. I expected it to switch to an English/Swedish hybrid conversation at some point, as I have not studied Swedish for about 7 weeks now, but somehow we had a lovely lunch talking about the differences in schooling in France, Sweden and Australia, our Christmas plans and how life is going in Sweden – all in Swedish. Of course it is much easier to chat when you are both learning the language, we are not fluent yet, so we are able to improvise and understand each other –  sometimes through mime, but mostly by explaining things in different ways until the other completely understands. It was a really great feeling, and it has definitely encouraged me to start studying Swedish again and I’ll be starting a course 5 days a week for a month shortly.

Talking with a native Swede is still a bit of a challenge, often because they swap to English as soon as they hear your accent, mostly out of kindness (or convenience?), which can make it a challenge to practice. Luckily, the people in my local cafe recognise me now and know I want to speak in Swedish so they don’t swap, this led to an interesting experience this week when I thought I was ordering some sort of red meat for lunch, and ended up with a delicious meal of fish (a type of fish I didn’t know the name of). At least things that would be simple and mundane in your home country and mother tongue make you feel like you are living life on the edge overseas… like the excitement of a small child when it learns something that by adulthood seems routine.

Now my next Swedish goal is to be able to hang out with a native Swedish friend, in Swedish, and have them not loose the will to live! I hope I can achieve this next year some time, but there is still a long way to go.